The Gene Therapy Revolution Has Arrived. But What’s Next? 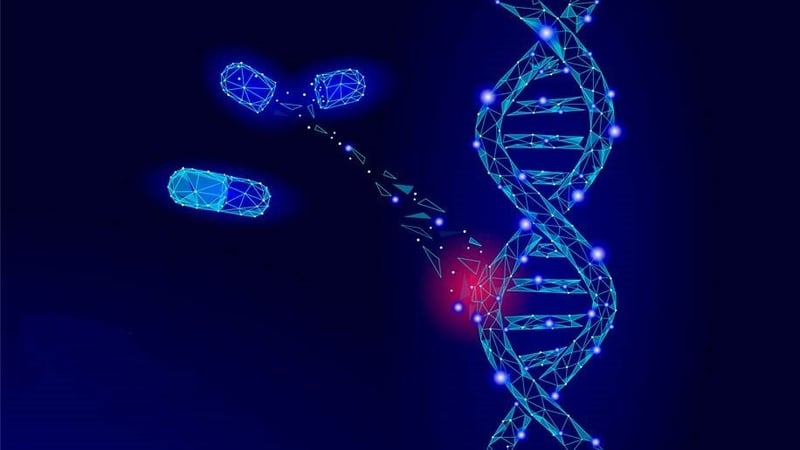 In 1989, Dr. Steven A. Rosenberg performed the first officially approved gene transfer in humans, attempting to introduce the gene coding for resistance to neomycin in TIL cells through a retroviral-mediated gene transduction. That landmark moment provided a glimpse into the soaring therapeutic potential of the approach which was brought crashing down 10 years later following the tragic death of Jesse Gelsinger in a gene therapy trial. For another decade, the field remained relatively dormant before improving technology and innovation eventually brought gene therapy back into the limelight. With more than 20 competing gene therapies approved worldwide, over 900 INDs and over 2000 ongoing clinical trials, the time for gene therapies is now. Nevertheless, several challenges remain before the field can take its next leap.

Ensuring Safety with AAV-Gene Therapies by Circumventing Immunogenicity
Gene therapies work by modifying or introducing genetic material into an individual. This can be achieved through gene replacement, addition, inhibition or direct editing – mostly with only one-time administration of the therapy. Gene therapies are designed for targeted delivery and sustained activity of this genetic material without integrating with a patient’s genome. The most actively investigated and used delivery vehicles are Adeno-associated Viruses (AAV), small single-stranded parvoviruses which are naturally occurring, non-pathogenic and have been identified in hundreds of unique strains. Recombinant AAV (rAAV) vectors, without viral DNAs, are used in gene therapies to carry the genetic materials into cells. Their non-integrating nature and broad tropisms have ensured they were the preferred delivery vehicles for FDA-approved gene therapies such as Spark’s Luxturna (AAV2 for RPE-65-mediated retinal disease) and Novartis/AveXis’ Zolgensma(AAV9 vector for spinal muscular atrophy).

While they have been used with remarkable success in these diseases, there are still issues that must be considered, specifically around the vectors’ safety and specificity. Although AAV vectors are non-pathogenic, the capsid protein and the transgene are often able to trigger neutralizing antibodies (NAbs) and immune responses with potentially serious consequences. In clinical trials for Duchenne Muscular Dystrophy, Pfizer’s gene therapy resulted in SAEs arising from renal toxicity in a patient, while Solid Bioscience’s trial also had patients with SAEs caused by complement activation. Both these trials were placed on temporary clinical hold by the monitoring committees, especially given the cautious approach taken today with gene therapies in light of previous history. Furthermore, liver toxicity is another major worry – as evident in some early trials of Zolgensma. Although a comprehensive understanding of how immunogenicity with AAV vectors arises is lacking, there are multiple innovative solutions that can help circumvent the issue – to supplement the current approach of using immunosuppressive drugs. Selecta Biosciences are developing a nanoparticle-based approach, called ImmTOR, which can stimulate dendritic cells and transmit tolerogenic messages to naïve T-cells thereby facilitating selective tolerance of the therapy. Another innovative approach being investigated by the University of North Carolina is the use of thermo-responsive elastin-like polypeptides (ELPs) cross-linked with AAV capsids to decrease the resultant humoral immune response. Furthermore, there is also a considerable amount of research being conducted to identify ways of bypassing anti-AAV NAbs – a key impediment to enabling re-dosing of gene therapies, particularly in systemic applications. One prominent example is the use of the endopeptidase, Imlifidase (IdeS), to eliminate the pre-existing antibodies. Ultimately, while the impact of efficacy of gene therapies across different indications remains highly evident, overcoming these safety barriers may represent the next inflection point.

Innovative Payment Models For Ultra-Expensive Gene Therapy
Leveraging the promise of “one-time treatment” for most of these gene therapies, marketed products such as Zolgensma and Bluebird Bio’s Zynteglo for beta-thalassemia, have carried record-breaking price tags of $2.1M and €1.575 million, respectively. While manufacturers have argued for the relative cost-effectiveness of such “one-time treatment” compared to chronic therapies, these ultra-price tags represent a major challenge for gaining reimbursement.

To tackle these issues, companies are coupling these revolutionary therapies with innovative and unconventional pricing and reimbursement models. One such mechanism that has been adopted in the US is an annuity based model, allowing the cost of Zolgensma to be spread over up to 5 years, thus minimising the up-front cost and spreading financial risk to the payers over time. The key limitations with this model, however, are: the first payer must shoulder all the instalment payments even if the patient subsequently switches insurer; it is unclear how payment can be completed in the event of patient death.

Another model that Novartis and Bluebird Bio have deployed is a 5-years outcome-based agreement, where patients must reach certain specific clinical outcomes by set deadlines in order to be reimbursed for each instalment payment. This model is probably the most attractive to payers as it requires the therapy to demonstrate value, but certain risks and challenges are posed to the drug makers. Firstly, patient response can be heterogenous, making a uniform specific outcome potentially inequitable; secondly, this can result in the manufacturers having to refund payments received or forfeit any subsequent payments if the patient does not reach those pre-specified milestones at a specific time. In the past, another challenge unique to the US was the “best price” policy enforced by the US Medicaid (covering ~21.5% of US population), which required manufacturers to offer the same, lowest price they negotiated with any other payers to every state Medicaid department. This discouraged any innovative outcome-based model, as a potentially ineffective treatment could put the manufacturer at risk of a Medicaid best price of $0 to every state Medicaid program. To rectify this issue, the CMS has recently proposed new changes to allow companies to report ‘best price’ based on value-based payment arrangement, a move that aims to encourage development of value-based payment plans for innovative therapies like gene therapy. Further innovative models could be adopted in the future as new competing gene therapies coming to the market: expanded risk pools, supplier credit, healthcoins, and the so-called “Netflix” subscription model.

In conclusion, we are now officially in the era of genetic medicine: many exciting new developments are in sight to further sharpen the gene therapy toolkits and bring more innovative therapies to the market in the future. Advances in manufacturing technology and payment models will be crucial to support the commercial success of these therapies globally.