From cholesterol to COVID-19: RNA therapeutics as an emerging treatment approach 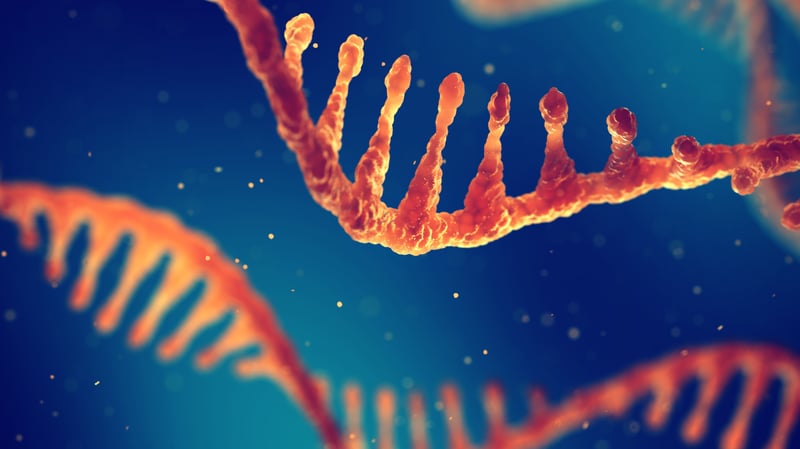 After decades in clinical development, RNA-therapies are establishing themselves as a novel treatment approach.

RNA as drugs and drug candidates

RNA is probably best known as the genetic intermediary between its molecular cousin, DNA, and proteins. However, RNA also plays a key role at the forefront of pharmaceutical innovation, where RNA-based treatments are emerging as an exciting new therapeutic modality. A number of competing RNA-therapeutics are now approved and available in the clinic to address conditions such as hereditary transthyretin-mediated amyloidosis (hATTR) and age-related macular degeneration (AMD).

The scientific groundwork for RNA-therapeutics was laid over 40 years ago, when Zamecnik and Stephenson first developed antisense oligonucleotides (ASO). ASOs are short sequences of DNA or RNA that bind to a complimentary RNA sequence in cells and thus modify gene expression. The potential for rational, sequence-based design of ASO drug candidates promised to significantly reduce the timelines of drug discovery compared to traditional modalities. Until recently however, RNA therapeutics have been limited by their stability, immunogenicity and their limited transport into cells. Recent advances in medicinal chemistry and delivery technology have since led to the first clinical successes, with a number of ASOs now approved and commercially available. Among the most high-profile of these is Biogen’s Spinraza, which was approved by the FDA as the first treatment for the rare genetic disease spinal muscular atrophy (SMA). Spinraza has achieved blockbuster status, with annual global sales of $2.3 billion in 2019. Alongside ASOs, alternative RNA technologies have been developed and have found their way into clinical practice. The examples below highlight the potential of two such developmental RNA therapeutics to profoundly impact the treatment of one of the world’s most common ailments, and one of the most pressing issues of the day.

Certain RNA-based agents remain stable and active for remarkably long times inside the body, which may enable less frequent dosing. This phenomenon is being exploited by the drug candidate inclisiran, which was developed by New Jersey-based The Medicines Company. Inclisiran is not an ASO, but rather a short synthetic double-stranded RNA sequence which can silence genes through a process known as RNA interference (RNAi); the award-winning discovery behind the 2006 Nobel Prize in Physiology or Medicine. In phase 2 clinical trials, inclisiran was shown to reduce LDL-C, often referred to as “bad cholesterol”, by up to 50%. Excitingly, these levels were achieved by a twice-yearly injection of inclisiran, with the agent being dubbed a “cholesterol vaccine”. The Swiss pharma giant Novartis clearly appreciated the clinical and commercial potential of this approach, and acquired The Medicines Company in January 2020 for $9.7 billion, highlighting inclisiran as a key driver for the acquisition.

New developments in the arena of RNA-therapeutics may now also help to address the most pressing public health crisis in recent memory; the current COVID-19 pandemic. German biopharma company CureVac, among other competing firms, is currently trialling a COVID-19 vaccine based on a messenger RNA (mRNA) agent. This approach has found high-profile support and CureVac has been discussing an Advanced Purchase Order of 225 million doses of its developmental agent with the European Commission. If successful in clinical trials, CureVac’s vaccine could help catapult mRNA therapies to the forefront of public awareness.