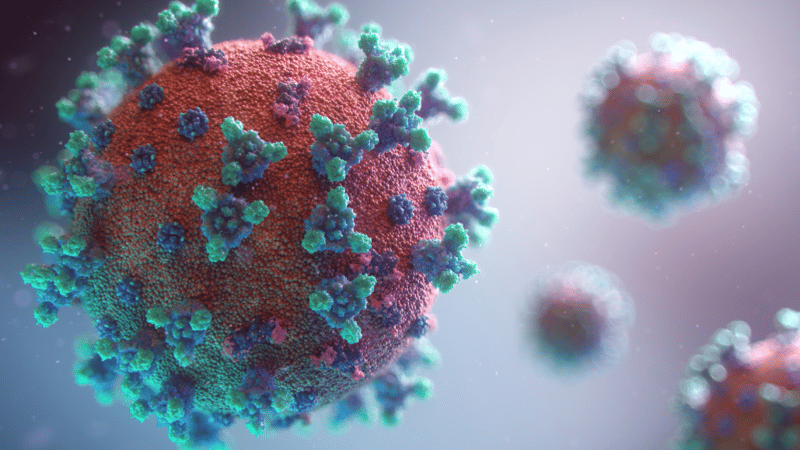 Over the past month there have been many new developments in the race to find a COVID-19 cure. New data has been amassed for several potential therapeutics, including Gilead’s remdesivir, which demonstrated relatively modest efficacy in treating moderate and severe forms of the infection, while a large global study revealed no clinical benefit for using hydroxychloroquine to treat CV-19 patients. Encouraging developments in the vaccine field emerged with Moderna disclosing positive interim data for its Phase 1 vaccine mRNA candidate, while Inovio released preclinical evidence of an immune response in models for its DNA vaccine. In this latest volume, we aim to delve a little bit deeper into the latest developments and try to provide some colour on the evolving landscape for CV-19 therapies.

Underwhelming results from repurposed anti-viral drugs
MERS/Ebola drug, remdesivir has been extensively touted as a near-term therapeutic for treating CV-19. The agent is currently being assessed in a 1,063-patient randomized, placebo-controlled Phase 3 study being run by developer Gilead, who enrolled predominantly patients with severe symptoms. Preliminary findings reported in late May showed that the clinical effect of intravenous remdesivir was relatively modest. A ten-day course of the drug was shown to cut four days off the time that CV-19 patients spend in hospital – from 15 to 11 – but the results also suggest it doesn’t help more severe cases requiring mechanical ventilation. The study raised as many questions as it set out to answer mainly around the appropriate use of the drug to treat CV-19 patients, with the trial showing that treatment outcomes relied heavily on several stratification factors such as baseline clinical status and the timing of treatment initiation. In an accompanying article, investigators also showed that after adjustments for baseline clinical status, the effects of 5 days and 10 days of remdesivir therapy were similar, though the absence of a control group raises questions here.

Further studies of remdesivir are ongoing, including another Gilead-run Phase 3 study in patients with moderate forms of the infection. Top-line data from this study showed remdesivir to be somewhat effective but again raised more questions. It demonstrated that patients in the 5-day remdesivir treatment group were 65% more likely to have clinical improvement at Day 11 compared with those in the standard of care group. Those who received remdesivir for 10 days were 31% more likely to have improved on the ‘seven-point scale’, but that difference was not statistically significant. One artefact being called out about this study is that the original primary endpoint was to compare the results by Day 14 and not Day 11. The ‘seven-point scale’ may have affected the study outcome because discharge from the hospital counted as an improvement. Fewer patients in the 10-day treatment group left the hospital by Day 11 compared to the 5-day group because they had not stopped the drug yet, which may have compromised the 10-day treatment group outcome. Gilead said that it intends to submit the full data for publication in peer-reviewed journal in due course.

From a regulatory standpoint, remdesivir has recently received clearance from UK regulators to be used in people hospitalized with severe coronavirus infection. The UK government has said the drug will be available to “selected” CV-19 patients who have the greatest likelihood of deriving a benefit. If the preliminary Phase 3 findings are anything to go by, the drug will likely be reserved for patients in the early stage of severe disease, i.e. those on supplemental oxygen, but not yet intubated. In addition, given the limited supply of remdesivir the 5-day dosing regimen could be prioritized for severe patients given the early evidence of equivalence between the 10- and 5-days dosing regimens. Beyond the UK, the anti-viral has received similar clearance in the US, some EU countries and Japan.

Another important development in the race for a CV-19 cure, has been the emergence of multinational registry data for hydroxychloroquine in >96,000 patients, which revealed no clinical benefit. More concerningly, the various hydroxychloroquine regimens that were investigated, including combinations with antibiotics, were associated with decreased in-hospital survival and an increased frequency of ventricular arrhythmias. The lack of efficacy and arising cardiac safety concerns have doused the flames regarding the drug’s potential as a CV-19 treatment and WHO has subsequently suspended the use of hydroxychloroquine from its global CV-19 Solidarity trial.

In our last issue, we also highlighted Fujifilm’s anti-viral Avigan as a therapeutic under development for mild to moderate forms of COVID-19 infection. In May, early clinical data from researchers at the Fujita Health University hospital, demonstrated a lack of efficacy and raised concerns around safety in pregnant mothers, which has led to sentiment around this off-patent drug turning somewhat negative. This has dashed hopes of an end-of-May approval which was originally touted by Japan’s Prime Minister. Fujifilm is still invested in clinical development of the agent, which looks to continue to the end of June, while the company recently communicated it being on course to supply the flu drug for 2 million CV-19 patients by March 2021.

Encouraging data from vaccine developers
The CV-19 vaccine landscape is evolving rapidly and has huge implications not just for healthcare companies in the vaccine mix but for the broader economy and our prospects for a way out of the pandemic. Several competing developers, including Moderna, Inovio, Oxford University / Astrazeneca, BioNTech / Pfizer, J&J, Sanofi / GSK and CanSino, have touted possible candidates to solve the infection.

In our last issue, we discussed two of the key vaccine players Inovio and Moderna, both of whom are developing Phase 1 vaccine candidates for CV-19. Over the last month both companies have released updates on their development programs for each respective vaccine candidate. Moderna announced encouraging interim data for its candidate, mRNA-1273, from the Phase 1b study led by the National Institute of Allergy and Infectious Diseases (NIAID). Promising interim findings in 8 healthy volunteers (the study involves a total of 48 subjects) found the vaccine was safe and provoked a strong immune response for two of the three doses investigated. Moderna is on an accelerated route to develop the candidate with Phase 2 studies authorized to go ahead by the FDA in 600 participants, with a Phase 3 also agreed to follow shortly after. Moderna also communicated that it expects emergency use authorization could be permitted for risk high individuals as early as autumn 2020.

Inovio also provided an update that its INO-4800 vaccine candidate resulted in promising immune responses in preclinical models. The company announced that INO-4800 generated neutralizing antibodies and that they used three different assays to confirm it. Furthermore, the company stated that the studies showed that the vaccine generated “high levels” of T cells specific to the spike protein on the surface of SARS-CoV-2. Inovio has subsequently promised that preliminary Phase 1 data will be available in June as more patients continue to be dosed in the trial. It is expected that INO-4800 will enter a potential Phase 2/3 efficacy trial in July, which could generate data over the course of the next year.

Another key player in the vaccine mix is Oxford University, who is co-developing adenovirus vaccine candidate ChAdOx1 nCoV-19 with biopharma company AstraZeneca. The candidate is currently being tested on more than 1,000 volunteers in a Phase 1/2 trial, from which immunogenicity and efficacy data is expected over the coming months. Recent preclinical data are encouraging and point to the vaccine stimulating antibody production – but there remains uncertainty about how protective and durable these antibodies will be. Investigators have suggested data could be available “soon”, but this will depend on transmission rates in the UK, if transmission slows down then data collection could take longer.

Although there are several potential roadblocks in the shape of manufacturing processes, the outlook for vaccine-finding appears promising. Scalability remains a question for smaller competitors like Moderna and Inovio, however, the former has a manufacturing agreement with Lonza, who has significant capabilities in the US and Switzerland. Moderna anticipates being able to begin manufacturing its first batch of the vaccine as early as July 2020 and insists rapid scalability is achievable.

Other considerations include variation in doses, as well as the different approaches adopted (for example DNA vs mRNA vs adenovirus), which make for a lot of uncertainty in rolling vaccines out globally. The fact that mRNA and adenovirus vaccines have never been marketed, let alone manufactured or commercialized on a global scale offer unique challenges which will need to be overcome.