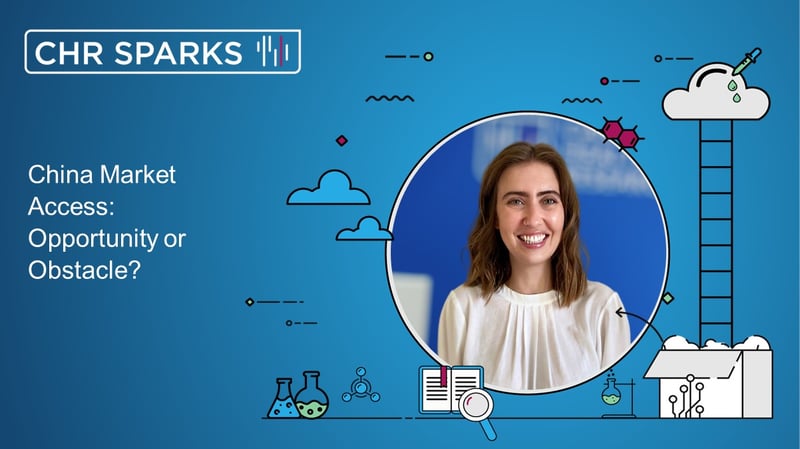 In today’s climate, it’s hard to escape the feeling that all roads lead to China. The country has experienced a meteoric rise in recent years; a booming economy and rise in the middle classes, an increasingly aging population, lifestyle changes leading to growing public health challenges, and a government committed to improving healthcare outcomes. China is now comfortably one of the largest pharmaceutical markets in the world, second only to the US. The market is expected to reach $2tn by 2030, cementing itself as a key competitor and strategic player in the global market.

A market ripe for reform

Pharmaceutical companies launching a drug in China aim to have their drugs listed on the National Reimbursement Drug List (NRDL), which allows access to ~95% of the population through national basic medical insurance typically covering 50-70% of the cost. Traditionally, this list consisted of predominantly mature generic products and domestic manufacturers were often favoured.

Accessing and competing in the Chinese market as a multi-national pharmaceutical company with an innovative product has historically been challenging at best, impossible at worst. A slow, fragmented and inconsistent regulatory and reimbursement environment often led to a backlog of approvals and lack of transparency. Between 2001-2016, just 25% of the world’s innovative treatments were launched in China. This significantly limited the access of life-changing or even life-saving treatment to the Chinese population, and keeping China an un-tapped market for pharma.

As part of the government’s Healthy China 2030 policy, which aims to improve the availability and quality of healthcare services, the role of multi-national companies (MNC) as producers of innovative products is acknowledged as being essential to the success of these goals. As a result, several watershed reforms have been introduced in recent years, overhauling reimbursement and regulatory processes to incentivise manufacturers to enter and compete in the Chinese market, examples of these include:

So far, so good it would seem. Since 2017, over 120 innovative products have been added to the NRDL, with market access timelines slashed considerably. Several MNCs who have taken the leap are reaping the benefits, spurring the industry’s optimism about the future of the Chinese market. Increasingly, we’re seeing global pharma re-structuring and re-prioritising, placing China expansion as a key growth driver.

Does the end justify the means?

However, success is not uniform and is not without its drawbacks. The demands made by the Chinese government for drug cost reductions are substantial, at times reaching as high as 90%. Many pharma companies are deciding that this cost reduction is far outweighed by the large volumes that can be achieved. However, true success in the market is extremely variable and by no means guaranteed.

Significant progress has been made but gaining access to China is still a complex and constrained process for global pharma, with domestic competition still a real concern. The lack of stability and uncertainty in policies are substantial deterrents to further commitment to the marketplace. However, domestic demand for the latest healthcare innovations is likely to continue to boom, placing pressure of the Chinese government to expedite further reforms, continue to increase transparency and expand the opportunity for valuable therapeutics to compete.

Externally, the US-China trade war looms eerily as an additional uncertainty driver. When coupled with the impact that COVID-19 may have on our world, and the sentiment from many leading economies of a potential over-reliance on China, this could mean a tumultuous road ahead.

Whilst there has arguably never been a better time for the industry to invest in China, pharma will continue to face some tough decisions along the way. With an ever-evolving process that is sustaining uncertainty in China market access strategies, it is pivotal that pharma continues to monitor this changing landscape and adopt an agile approach in order to stay ahead and ultimately win in this under-served market.

Learn more about how CHR analyse and evaluate changing global markets and  commercial landscapes through competitive intelligence in healthcare and pharma.